The Forte Foundation is expanding its Men As Allies initiative from business schools into the corporate world. Here’s why being a male ally in the workplace is important

The Forte Foundation has announced its Men As Allies Initiative is expanding into the corporate world, to companies in the financial and healthcare industries.

The Men As Allies Initiative is the brainchild of the Forte Foundation, an organization dedicated to empowering women at business school and beyond. Its aim is to encourage men to play a leading role in gender equity.

In less than four years, the initiative grew from 10 business school partners, including Harvard Business School, Wharton, and Columbia, to 41 schools, and now looks to grow even further.

“What we heard from recent MBA graduates is that their company did not have a similar male allyship program,” says Forte CEO Elissa Sangster. “Since there was no forum to put the knowledge they gained from our campus program into practice to foster a more equitable culture at work, we’re helping them to create one.” 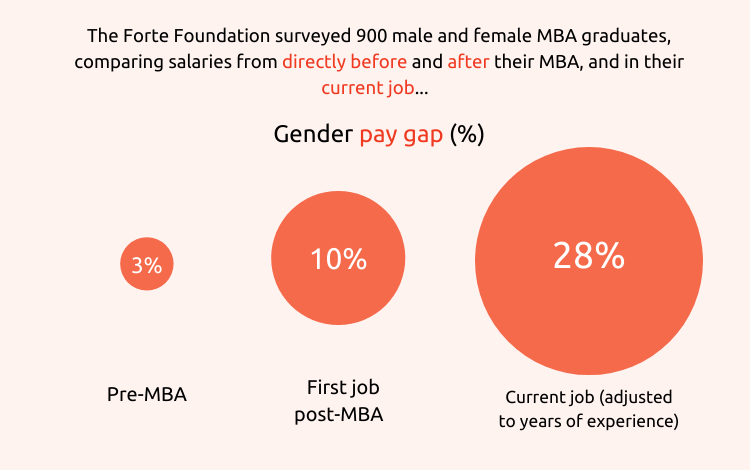 What does the Men As Allies Initiative do?

The initiative was established to “foster the creation of male-led gender equity groups on campus”. This follows studies by the Forte Foundation that found that gender equality is as much a problem for MBAs as it is for other professionals, especially when it comes to a gender pay gap.

MBA students have access to the MBA Toolkit on the Forte website, which is aimed to offer information to students looking to set up their own gender equity groups but who don’t currently have the resources available. This offers advice on running events, gender-supportive behavior, and how to work with Women in Business clubs at b-school.

The initiative also offers a curriculum, podcasts and interviews with recent MBA graduates, and valuable research which can help offer insights into the importance of gender equity at business school and beyond.

The Men As Allies Corporate Program will look to transpose much of the same conversation into a workplace environment. It includes a similar Corporate Toolkit, offering a roadmap to starting a male allyship group at work. There is also a curriculum, encouraging men to reflect on gender in the workplace, be more inclusive in recruitment, and to encourage allyship behaviors.

Companies will also have access to experts from Forte and elsewhere, who can offer assistance in leading the curriculum.

PNC, one of the largest financial services firms in the US, has led one of the Men As Allies pilot programs across three different markets. Following the program’s success, PNC plans to roll it out further, while it’s been adopted by other companies including Toronto-Dominion Bank and healthcare firm Kaiser Permanente.

Read: I Got A Job At Microsoft After My Gender-Equal MBA 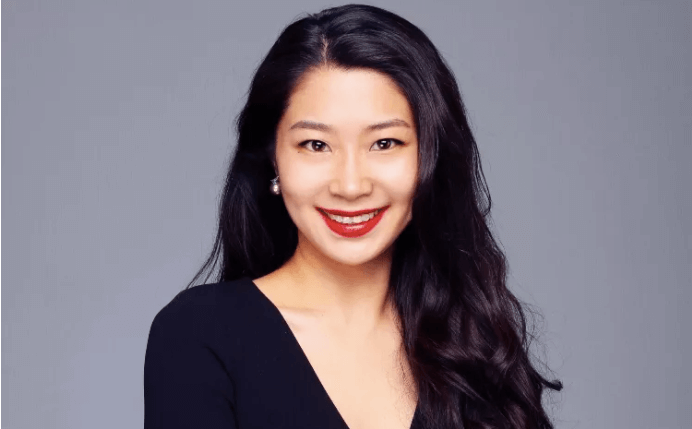 The need for male allyship in the workplace

Forte have identified a sliding scale of male allyship, ranging from why men don’t get involved in gender equity, to actively supportive behavior. This ranges from “a problem for men”—perceiving women’s successes as limiting their own opportunities—to “see a problem, able to respond”. 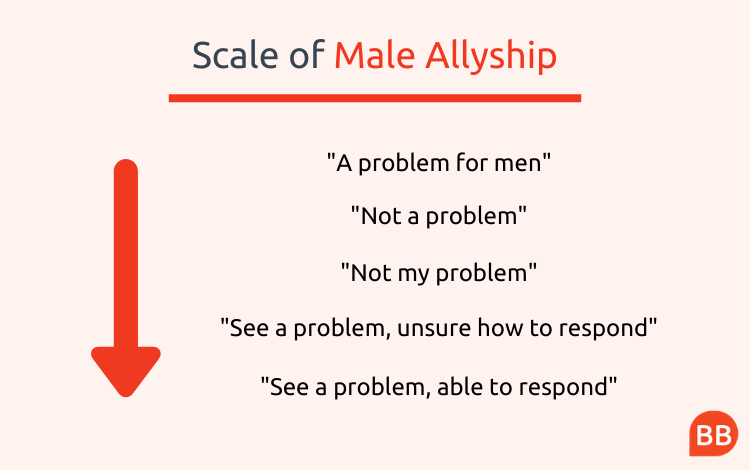 “Men often think they need some sort of grand gesture to support gender equity, like standing up in a high-profile meeting to publicly call out a sexist remark by a colleague,” CEO Elissa Sangster says. “But being a male ally plays out in many different ways. Subtle, non-confrontational actions that support gender equity can be highly effective.”

Equality initiatives have certain criticisms levelled at them. There’s a belief that gender equity should be a leadership issue, rather than an issue for employees.

But male allyship, Elissa stresses, comes from the bottom up. “Research shows middle managers, not CEOs, play a crucial role in women’s career retention and advancement.”

There’s also a belief that male allyship programs are inherently self-selecting: men who perceive bias as a problem are the ones who join, while those left out are the ones who would benefit the most.

But by empowering men to take the lead on gender equity, male allyship programs move men from the sidelines to the front lines in terms of supporting female coworkers, shifting the culture around what is acceptable and what isn’t.

It also engages men in ways that they might not be currently, forcing them to ask uncomfortable questions and make changes about their behaviour which they might not have confronted before. Forte is also keen that this touches not just on gender, but also on its intersections with other identities.

As the business world reckons with how it handles marginalized groups, allyship programs could play a large role in shifting the conversation.