Want a strong ROI on your MBA? Forbes ranking shows why many students are opting for shorter one-year MBAs in Europe

When Forbes released its MBA ranking last week, it was not a big US business school that drew headlines. Instead, it was IMD on the shores of Lake Geneva in Switzerland.

The Forbes ranking is based solely on the median return on investment (ROI) achieved by graduates from the class of 2014. Schools are ranked based on their 'five-year MBA gain', or the net cumulative amount the typical alum would have earned after five years through an MBA, rather than staying in the workforce.

IMD’s five-year gain is $168,900, far higher than elite US schools like Chicago Booth, which topped Forbes’ US ranking with a five-year gain of $94,400. Forbes produces separate rankings for the best one and two-year MBAs outside the US.

One-year courses have an inherent advantage under Forbes’ methodology, thanks to the lower opportunity cost of not working for a single year, compared to two-year MBAs. But Sean Meehan, dean of IMD’s MBA, also puts the stellar ROI down to the school’s strong cohort.

IMD students are generally more experienced than their US peers, with seven years of work experience on average, he explains. So, on graduation they have great potential for promotion, thereby boosting their earnings.

Forbes found that MBA candidates enrol at IMD with $82,000 salaries on average and earned $200,000 five years after graduation.

This high ROI will be attractive to prospective students and goes some way to explaining the growth in applications to European MBA programs in recent years. With their short course durations, one-year non-US courses produced graduates with an average five-year gain of $62,300, according to Forbes.

The high ROI is also because European programs tend to be more diverse than US courses and therefore draw more students from emerging economies, says Brandon Kirby at the Rotterdam School of Management in the Netherlands. This means that average pre-MBA pay can be lower at European schools, which leads to larger five-year gains on graduation, he says.

The fact that many overseas students of US schools are struggling to secure work authorization in the country because of stringent visa checks and the lottery H-1B visa system, may also have limited US schools’ ROI, he says.

Overseas students may be forced to return home on graduation to countries with lower average salaries than in the US—though earlier this year there were changes made to the H1B Visa process in the US, which could make it easier for international MBA graduates to secure employment.

Given this backdrop, Brandon says now is an even better time than before to pursue an MBA in Europe.

“With more prospective students considering Europe than ever before, European schools must seize this opportunity and solidify the idea that Europe is just as attractive as the US as a study destination,” he says.

READ MORE: The Best Business Schools In The US, According To Forbes 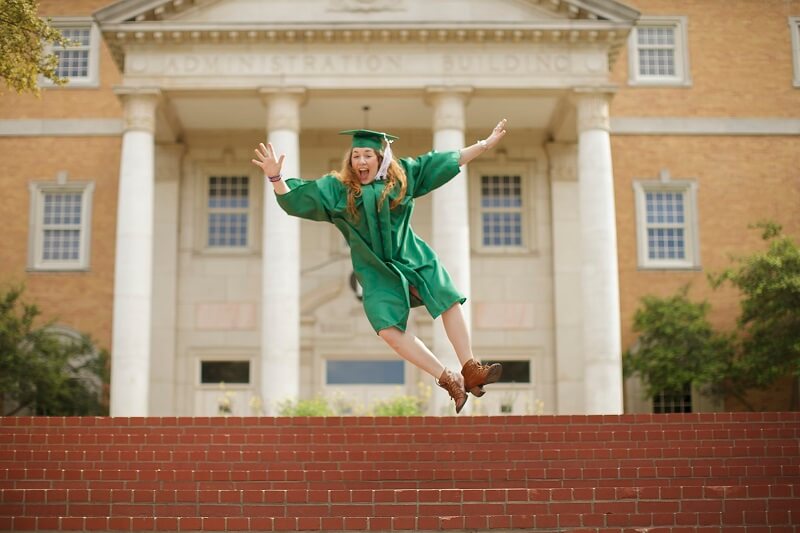 The state of two-year MBAs in the US

The high European ROI compares with a $54,500 gain for graduates of two-year US programs in the Forbes ranking.

These courses are suffering a second year of successive application plunges. Even most of the elite schools such as Stanford, Dartmouth Tuck, and Duke Fuqua have reported declines in recent months.

This is in part due to the high opportunity cost amid a booming US economy, with prospective students less willing to put their salaries on pause and potentially miss out on promotion to get a pricey MBA. Forbes estimates that fees and forgone compensation can top $350,000 at the best US schools.

However, the Forbes ranking does not take into account the many harder-to-measure returns of an MBA that are crucial for applicants to consider when choosing a study destination. These include the quality of the teaching, faculty, and alumni networks, as well as the composition of the cohort and career placement data.

US based admissions consultant Stacy Blackman says: “If your professional goal is to live and work in Europe, pursuing an MBA there is arguably the best option.