How I Went From MBA To Tech Startup CEO

TTT Studios is a digital innovation studio that builds custom software solutions, set in the heart of Vancouver’s thriving tech scene. At the helm sits CEO Jose Hernandez, an MBA graduate from the University of British Columbia’s Sauder School of Business.

Jose's connection with TTT only started four years ago. He was looking for MBA internships at the time and came across an opportunity that seemed like the perfect fit. After making a strong impression as an intern, he stayed on part-time. He has since gone from business development manager to being appointed Chief Executive Officer by the founders.

Jose’s career acceleration from intern to CEO in under five years, and is something he certainly credits his MBA for.

Ten years ago, Jose’s career looked like it could pan out quite differently. His bachelor’s degree was in law in his home country of Mexico, and he had five years of experience in paralegal.

But when he graduated from university, he decided that law wasn’t for him.

“The fancy stuff in the movies just isn't real, it's a lot of reading and grinding at the same document for hours and hours, and I just felt it wasn't my thing,” Jose says.

He quickly discovered his ambition lay in business, namely in growing and helping launch new ventures. He took several attempts at this, looking into launching a gym and spa business in Mexico City alongside working for Yellow Pages on a project with Google.

It was a later role at TRX Global Logistics, an air shipping company, that kickstarted his career in business development. As one of the first employees, he headed up the sales side and saw the company grow from a staff of just two to 100 by the time he left.

Jose now had experience under his belt and had learned a great deal. But he was lacking something crucial in his line of work: a business education.

For this, he looked north, to Canada, and an MBA at UBC Sauder School of Business.

Making the move to Canada

Canada stood out to Jose for several reasons. It was 2015 and Jose, who was recently married, was keen to move somewhere that could become a permanent home for him and his wife.

Canada’s relatively open immigration system allows students with postgraduate degrees to automatically stay and work for up to three years after their program. Jose had also heard about Vancouver’s reputation as a diverse, vibrant and livable city.

That diversity extended to the classroom at UBC Sauder, where Jose began his MBA education. It was a relatively small class, just 100 students, but Jose was impressed by the mix of nationalities and different kinds of industry experience.

“You get to hear and meet everyone, and understand their point of view,”

Alongside the business fundamentals that were introduced, he learned how to manage teams and people. At UBC Sauder, there is an emphasis on emotional quotient—or EQ—which pushes graduates to explore the human side of leadership.

The Global Immersion Experience (GIE) that was part of the  UBC MBA program aligned with Jose’s desire to travel and make an impact through work. The program takes students to companies abroad—both for-profit or non-profit—where they are fully immersed in a project. Jose’s GIE whisked him off to India, where he worked with a children’s charity.

“I come from a developing country. We face similar problems, but India has ten times the population. Seeing people's ability to solve their day to day problems at this scale really put things into perspective for me. It was incredible.”

Back in Canada, Jose had the opportunity to intern at a local company. He stumbled upon a job posting described as—”An entrepreneur’s dream job”—at a small startup called Two Tall Totems (TTT).

At this point in his career, Jose already had experience in tech and in startups. In addition to his professional background, he had also enrolled in a module at UBC Sauder called Tech Entrepreneurship. This module takes students on the journey from conceiving a business idea to designing a business plan, building a prototype and pitching to investors.

Jose was hired by the founders of TTT. He took to the role enthusiastically and when the internship ended, he continued working as a part-time consultant while completing his MBA. Upon graduation, he was offered a full-time job with the team.

At the beginning of his career at TTT Studios, Jose applied his past experience in business development to have some quick wins that allowed him to gain credibility within the company. "In those first projects, I was spearheading the sales effort, but also managing the implementation of the project. Doing so allowed me to understand every small detail in the design and development processes. After a few implementations, I was able to apply some of the frameworks learned in the MBA to help improve those processes"

The process improvements revealed the personal side of leadership which really prepared him for a bigger role.

"When you are working with every team member, there is a lot of negotiation going on, you need to convince people why your suggestions could work for them and as a consequence for the Company. It was these personality-related traits, to do with the way you relate, interact, treat team members, that earned me the trust of the founders.”

These improvements and the results on the commercial side, was why they entrusted him with the reins of the business, appointing him CEO in the summer of 2019. Jose explains that he's keen to keep up this human approach to leading in his role as CEO.

Read More: Why Vancouver Is One Of The Best Cities For A Career In Technology 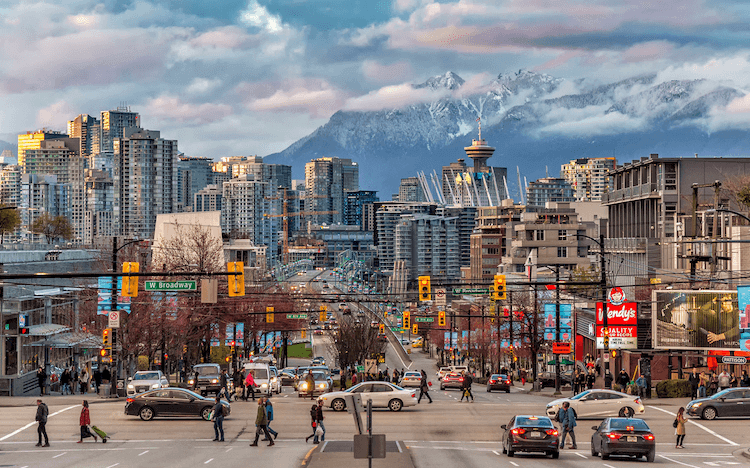 More about University of British Columbia - Sauder School of Business:

How Will An MBA Make You A More Effective Leader?

How An MBA Can Help You Become A Digital Leader