Jakkrit Ratanaphand wanted to combine his engineering skills with a grasp of business. He chose the MBA program at Aston Business School in the UK

Jakkrit Ratanaphand has always seen engineering and business existing side by side.

He knew he wanted to study an MBA after he completed his engineering degree. After five years at Amec Foster Wheeler, the British multinational engineering consultancy, he saw how an MBA would help take his engineering career to the next level.

“I’ve always believed that engineers, with the added experience of completing an MBA, hold a big advantage and are well positioned to become the most valuable employees,” Jakkrit says.

Jakkrit’s expectations of an MBA were matched by reality, as his experience has turned out to be the first big step on an exciting journey of personal and professional development.

Going from engineering to an MBA

Jakkrit’s journey began in Thailand, his birth country, the place he chose for his undergraduate degree, and the location of the first years of his engineering career.

Traversing the fine line between the engineering and business side of the company at Amec Foster Wheeler, through a role in the operations department, he soon realized he lacked the business skills to progress further.

“I lacked knowledge in terms of business context,” he remembers. "To succeed in higher level management positions in engineering firms, and increase my opportunities in real world business, it would be necessary to excel in specific areas.”

He was looking for a generalist MBA program, which would equip him with the essential tools, as well as an environment in which he could develop his skills as a leader.

The MBA at Aston Business School ticked all the boxes, and once Jakkrit was offered a Future Leader Scholarship, worth over $12k, he couldn’t say no. 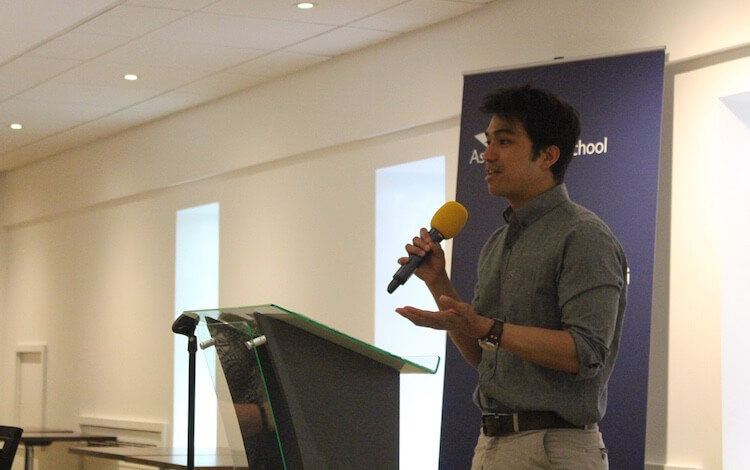 Jakkrit benefitted  from the diverse and interactive classroom on the MBA, a notable step up from his bachelor’s degree. “We were encouraged to get involved and contribute our different opinions on challenging topics in classes,” he notes.

Theories and ideas were  presented in a  practical way; applied to real world business scenarios which forced the MBAs to navigate often complex situations that they may come up against in the world of work.

Jakkrit was helped particularly by his personal mentor, from whom he not only learned leadership skills, but also began to exchange business ideas.

“At the end of the program, my mentor nominated me to receive the incredible honor of ‘Best Mentee Of The Year’,” he remembers. 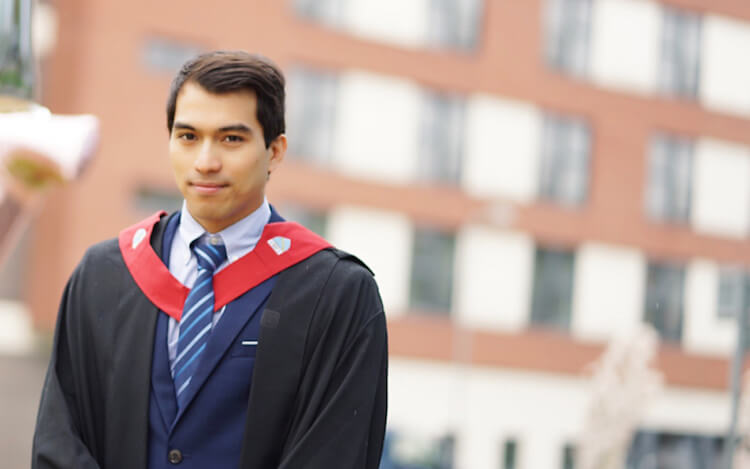 Jakkrit had some doubts about studying in the UK with Brexit. But what he found at Aston was an international, multicultural learning environment which he says was unlike anything he could find elsewhere.

He also took part in the Erasmus exchange program, spending a semester at WHU Otto Beisheim School of Management in Germany.

A personal highlight was also a one week study trip to Toulouse Business School in France, where the students attended lectures, networking events, and discussions, as well as meeting companies such as Airbus and Continental.

Transforming his career, improving his business skills, developing his leadership style—Jakkrit successfully crossed off all of his aims for his MBA.

It’s now set him up with an exciting career back in Thailand, working at Gulf Group, one of Thailand’s largest power producers. There, he's focused  on developing renewable energy power projects to contribute to a sustainable future in Thailand.

He credits his new position, and his new found confidence, to his time at Aston.

“Gaining a deeper understanding of technical skills and business knowledge on the MBA program has equipped me for this rapidly evolving world,” he says