The 10 Hardest Business Schools To Get Into

From tricky acceptance rates to competitive GMAT scores, we list the hardest business schools to get into according to the Princeton Review MBA ranking

Applying to the best business schools is competitive. You’ll need to make sure that the combination of your GMAT score, GPA, and MBA resume make you stand out among the sheer quantity of candidates applying.

The list is based on school-reported data, a combination of GMAT and GRE scores, undergraduate GPAs of the first year class, and the percentage of candidates accepted and enrolled.

Here are the 10 hardest business schools to get into:

10 Hardest Business Schools To Get Into

That Stanford leads the list for the toughest business schools to get into is no surprise.

In June 2020, TopMBA reported that just 6.9% of applicants are accepted to the MBA at Stanford Graduate School of Business.

According to the Princeton report, Harvard was somewhat more lenient at 11% and MIT Sloan almost twice as accommodating with an acceptance rate of 12%, although these may be calculated in different ways.

At the bottom end of the top 10 list are Yale, Chicago Booth and finally, with an acceptance rate of 23% according to Princeton, Dartmouth.

Applications to top-tier US business schools are, inevitably, highly competitive. Ivy League schools are renowned worldwide, and the prestige they bestow on their graduates is well-merited. An Ivy League MBA takes some earning.

Why 2021 is particularly competitive

This year is likely to be more competitive than usual. According to the Graduate Management Admission Council (GMAC),  two out of three (67%) MBA programs reported an increase in 2020 applications. Interest in pursuing post-graduate qualifications has increased, as often happens in the midst of economic upheaval. This is making it even harder to get a place in a top-tier MBA program.

Another factor going forward is the end of the change of the leadership in the USA. International applications to US business schools dwindled under the Trump administration, which was hostile to foreign students and created uncertainty over visas both for students and for those who hoped to work in the US following their studies.

Business schools anticipate a change of direction under the Biden administration will reverse this trend, but a higher rate of applications will make admissions even more competitive going forward.

So, does this mean you shouldn’t even bother applying to an Ivy League school? Not at all.

How to get into top US business schools

Applying to a top school is not a number’s game.

Data shows that the average GMAT score to get into Stanford, Harvard or MIT Sloan is over 700, but test scores are not sufficient and are often outweighed by other qualities.

Top US business schools are not looking to produce students with high grades, but exceptional alumni. They’re looking for people with the potential to do great things, and you will have to demonstrate that potential in your application essays and interviews.

A history of solid achievements will weigh in your favour. You should have clear ambitions and indicate to the admissions committee how you will be able to realise them, with the help of their MBA. These schools are also looking for candidates whose vision extends beyond the professional grindstone and who are capable of making systemic improvements.

It can be wise to apply to a ‘vertical list of schools'; that is, schools with varying levels of competitiveness. Don’t be intimidated out of applying to your dream school but be realistic about how competitive you are and don’t put all your eggs in one basket. 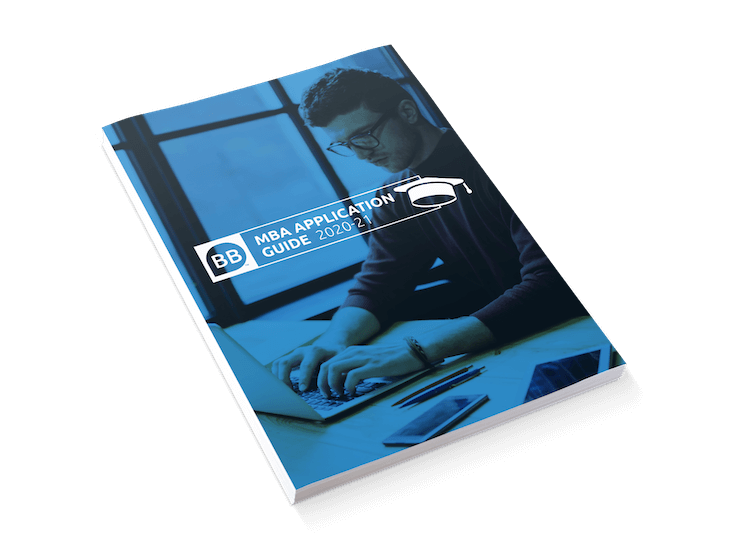