With COVID-19 disrupting international travel, more MBA students are considering business schools closer to home. We speak to three MBA graduates to find out the advantages of studying local

The coronavirus pandemic has turned business education on its head. Restrictions on international travel, socially-distanced classrooms, and economic instability have thrown up new challenges for would-be candidates.

In this environment, many business school candidates are reconsidering international study, and choosing an MBA in their local area. Going local removes the obstacle of international travel and allows you to reconnect with—and give back to—your local community.

To find out why so many students are considering this option, and what it’s like to complete an MBA close to home, BusinessBecause caught up with three business school alumni who did just that.

“You really feel ingrained in the community” 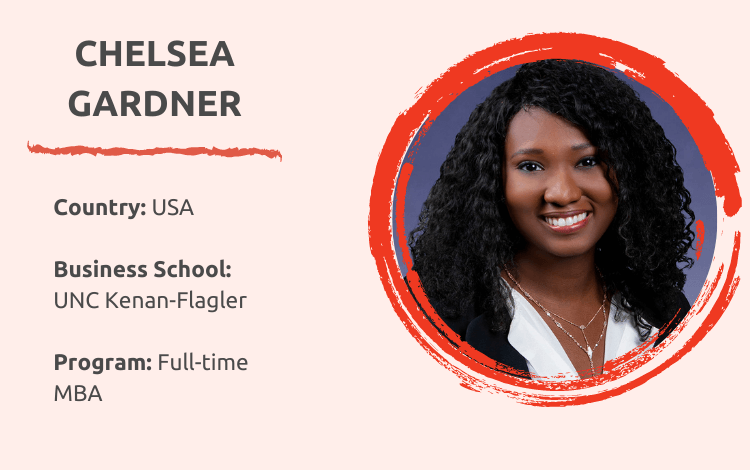 Chelsea Gardner began her career in Chicago, but when the time was right for business school, she knew she wanted to return home.

Born in Chapel Hill, North Carolina, and raised nearby in Pittsboro, Chelsea remained in state for her undergraduate degree at North Carolina State University, but left to join Edelman, a marketing and communications firm, when she graduated.

“Going to Chicago was my first big adult move—from a small town to a huge city,” she explains with a laugh.

During her three year stint with Edelman, Chelsea worked in pharmaceutical communications, which soon piqued her interest in the industry. Going to business school had always been on the cards, and with her new found career goal of moving into healthcare, now was the ideal time.

She decided to return home, enrolling on the full-time MBA program at the University of North Carolina’s Kenan-Flagler Business School.

Studying close to home meant she could spend more time with her family, and focus fully on the program in a quiet, familiar setting. 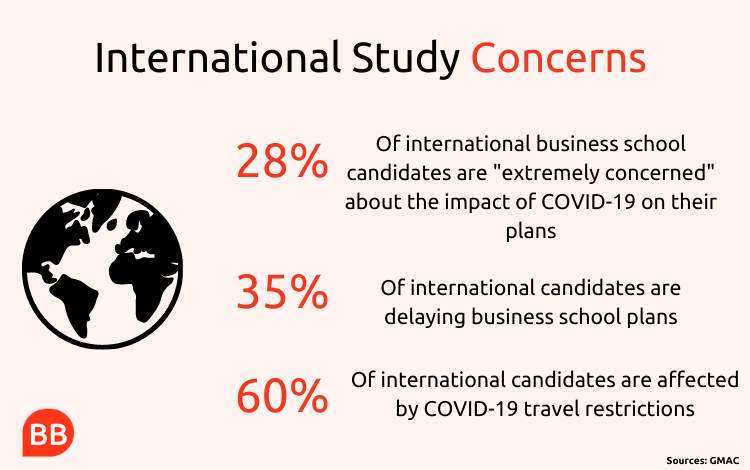 “I wanted to be in a smaller community where I felt like I had a voice, and could make a difference,” she recalls. “When I visited campus and did my interview, everything felt right.”

For Chelsea, choosing a business school close to home did not mean sacrificing a global network. Her classmates had diverse backgrounds, and she had many opportunities to network with students from other schools in the area.

As a member of the Consortium—a network dedicated to promoting diversity and inclusion in business—Kenan Flagler also offered networking opportunities with other member schools.

“Even though this was a local school for me, I was still around people from every part of the world—it still felt very diverse,” she explains.

This network helped her find an internship opportunity with Colgate-Palmolive, which has since evolved into a full-time position. To others who want to go to business school, she recommends considering a local program.

“I felt ingrained in the local community, and felt really confident about the program because I was so familiar with the setting,” she concludes.

“I always want to champion my region” 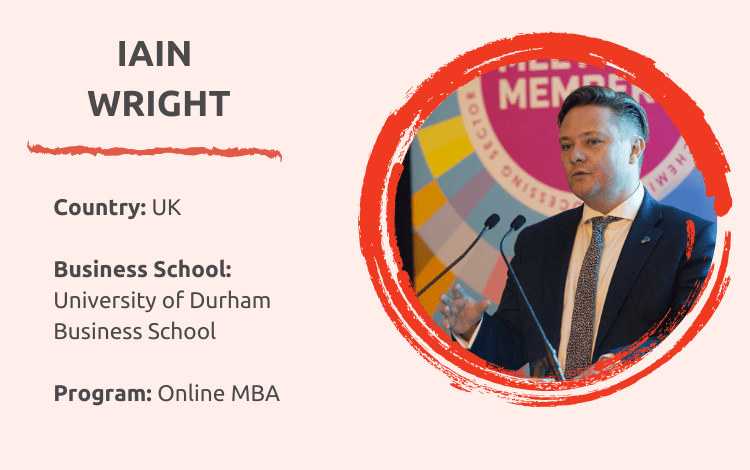 Iain Wright has a passion for serving his local community. Born and raised in the North East of England, he began his career as an accountant, but later decided to enter politics.

In 2004, he was elected as a Member of Parliament (MP) for Hartlepool, and went on to government roles including Minister for Housing, and Minister for Apprenticeships

“I was privileged to be an MP, but I never felt I would be in Westminster for life,” he explains.

When then Prime Minister, Theresa May, called a sudden election in 2017, Iain made the decision not to stand, and took up a role with the Institute of Chartered Accountants for England and Wales (ICAEW).

At the same time, he decided to pursue an MBA.

“I had always wanted to challenge myself, and get a sense of the theoretical underpinning behind today’s business thinking, but being an MP meant I didn’t have the time,” he recalls.

As a lifelong advocate for the North East, Iain was always going to consider a local school. After careful research, he settled on the MBA program at Durham University Business School, drawn to its prestigious reputation, and value for money.

“If I could be part of a local university and contribute to the region, I wanted to,” he says.

He opted for the online version of the MBA, which allowed him to study without taking a break from his career.

Studying in Durham, Iain felt he was getting the best of both worlds. During the week he could study remote, and at the weekend he could take advantage of his school’s library on-campus.

For Iain, the main advantage of studying local was staying involved with his local community.

“As a proud North Easterner, I would really encourage people from the region to use and be part of the Durham University Business School success story,” he reflects. 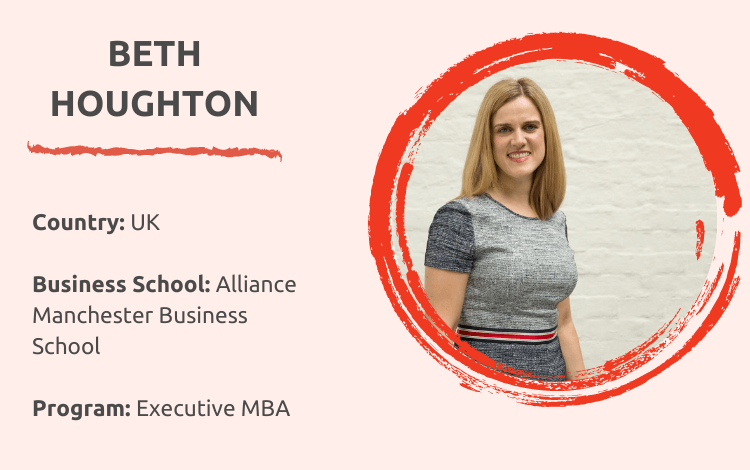 Although Beth Houghton’s IT consulting career took her all around the world, after a decade of travel she was ready to make a change, and return home to Manchester.

Because she had spent so little time at home over the past few years, building the local network she would need to launch a new career in Manchester was a key priority for Beth.

Studying the Executive MBA program at Alliance Manchester Business School seemed like the ideal way to make these connections, while exploring new career paths and building out her broader business knowledge.

“Alliance Manchester has a great reputation, and was well connected in the local business community,” she says. “It was great to return to my hometown after many years travelling, and reconnect with the city, friends, and family.”

By the time Beth graduated from the program, she had built the skills and network needed to land a role with local private equity firm, Palatine Impact. Today, she is head of the firm’s £100 million Impact Investing Fund.

“I’m really happy to be an active investor in the region and to support the local business community,” she reflects.

To those considering business school, Beth would highly recommend a local program.

“It worked out really well for me, and I’m pleased that being local means I’m still involved with the school.”

6 Unique Ways To Finance Your MBA