The MBA Entrepreneur Who Is Changing Winemaking Through Technology

MBA startup BarrelWise offers technology-based solutions to winemakers to make their processes more efficient. Co-founder Artem Bocharov explains how it grew out of an MBA project

When you open a bottle of wine, you’re uncorking months, often years, of hard work.

Winemaking is a lengthy, technical process. Harvesting, pressing, and fermentation is just the start of it. Once in the barrel, up to 20% of the wine evaporates, and to avoid bacterial growth in this excess space, it has to be constantly checked and topped up.

Artem Bocharov, an MBA graduate from the University of British Columbia’s Sauder School of Business, was part of a team project which noticed how inefficient this winemaking process was. BarrelWise was born, offering a bespoke solution to this problem which every winemaker faces.

For Artem, it’s a far cry from his previous career in banking. Here’s how his MBA helped him make this leap.

From private banking to entrepreneurship

Artem’s bachelor’s degree in international business, economics, and finance led him to a role in private banking at Barclays in London. He was working with wealthy clients, helping them to manage and invest their assets effectively.

But the work clashed with his personal ambitions and values. "I wasn't satisfied with the fundamental philosophy of what I was doing, helping people who were already wildly successful to further increase their wealth. I didn't feel that it was a meaningful way to spend my life."

There was one aspect though which caught his attention. Many of his clients were self-made entrepreneurs, who had made their money through running their own businesses.

"By working with them, you learn how they generated their wealth. What really struck me was that many of them were pretty regular - not exceptional geniuses, or business savants, but just ordinary, smart, hard working people who maybe also got a bit lucky along the way."

He tried his hand at entrepreneurship, taking part in a few weekend startup accelerator programs, where participants can explore the steps of launching a business. But he found that if he wanted to commit his career to entrepreneurship full-time, he’d need to quit his job and start anew.

Canada seemed like a perfect opportunity to do this. It was a country Artem had always wanted to live in, with an accepting society and visa policy, and also catered to his love for the outdoors.

Applying for an MBA in Canada could kill two birds with one stone: it would enable him to move to Canada, while also upgrading his skillset to start a business. Given Vancouver’s proximity to Canada’s great outdoors, the UBC MBA ticked every box for him. 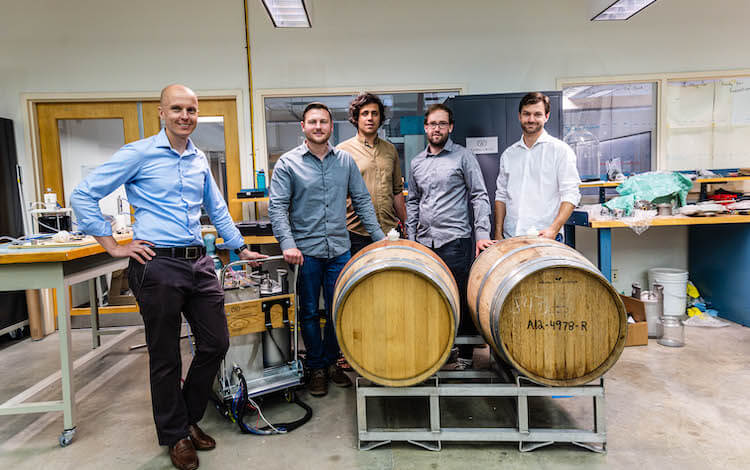 Artem (left) with the BarrelWise team

While Vancouver continues to grow its reputation as a startup ecosystem, this is even more concentrated at UBC Sauder.

Artem was impressed by the entrepreneurial slant of the UBC MBA program, which offered the steps he was looking for into starting his own business. “Much of the program is about trying to give you a bit of a leg up if you do try to start something yourself.”

But it was one course, Technology Entrepreneurship, which had the biggest impact on Artem. Here, MBA students are placed in teams with students from science, technology, engineering, and mathematics (STEM) degrees at UBC, with the idea of creating startup ideas from scratch, and taking them through the process from writing a business plan to pitching to investors.

Artem’s team instantly hit it off, and had one particular idea which really stuck. One team member had worked at Santa Teresa Rum in Venezuela: she recalled the problem which rum-makers face, which is that they can’t open barrels of rum once they are sealed, otherwise they are considered tampered.

During the module, the team reached out to prospective customers in British Columbia. They found there weren’t many, if any, spirit makers; conversely, BC is host to several wine regions. Through speaking with winemakers, they discovered the time-consuming process of checking and topping up barrels, as well as other intricacies of the process which could be streamlined.

“There are lots of simple things to measure that winemakers care about, to give them more information in the process that can help them make better decisions,” Artem says.

The team set about adapting their angle, developing the product which BarrelWise offers today: a wine barrel management system, which can simplify labour intensive processes such as barrel topping and sulfite additions, as well as delivering data-driven insights to the winemakers. 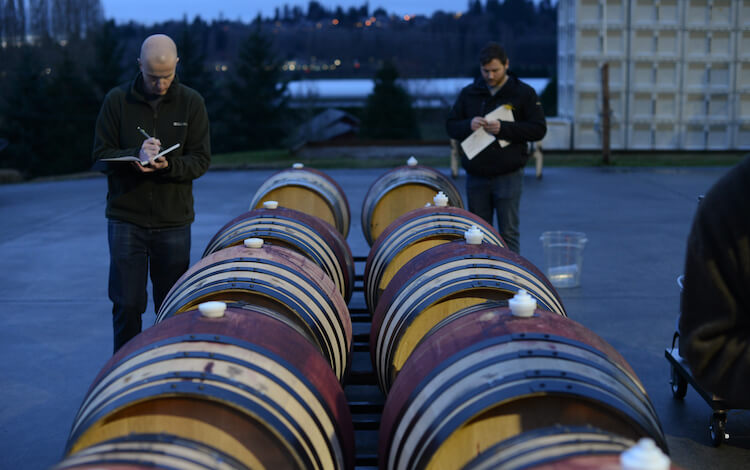 During the MBA at UBC Sauder, most students take summer internships; but Artem and his teammate Jason opted to dedicate their summer to their entrepreneurial project. Since entrepreneurship and innovation is a career track specialization within the UBC MBA, students like Artem leveraged UBC-wide resources with the support of UBC Sauder, and had access to  mentoring and support, as well as connect with a diverse network of like-minded people from other faculties.

They dedicated their time to conducting customer research, and applying to entrepreneurship programs at UBC. After completing the Lean Launch Pad program run by Entrepreneurship@UBC, they were accepted onto the HATCH Accelerator , which provides resources for the most promising projects of UBC students to get off the ground.

Through this, BarrelWise had access to a Maker Space at the school, where they could use 3D printers and other technologies to build prototypes of their product. They were also given a grant of $10,000 by UBC to start the business. In addition, they have access to UBC’s network of advisors and experts, who remain critical to the business today.

As the head of business development, Artem constantly draws on things he learned during his MBA. From marketing courses, he’s taken valuable lessons on how to conduct feedback, and how to know which features to grow. Crucially, he remembers to let the customer feedback lead the solution—”Not to be a product looking for a market.”

As BarrelWise looks in the coming months to grow its revenues and secure more funding, Artem’s MBA skills and knowledge are sure to continue to be put to the test. 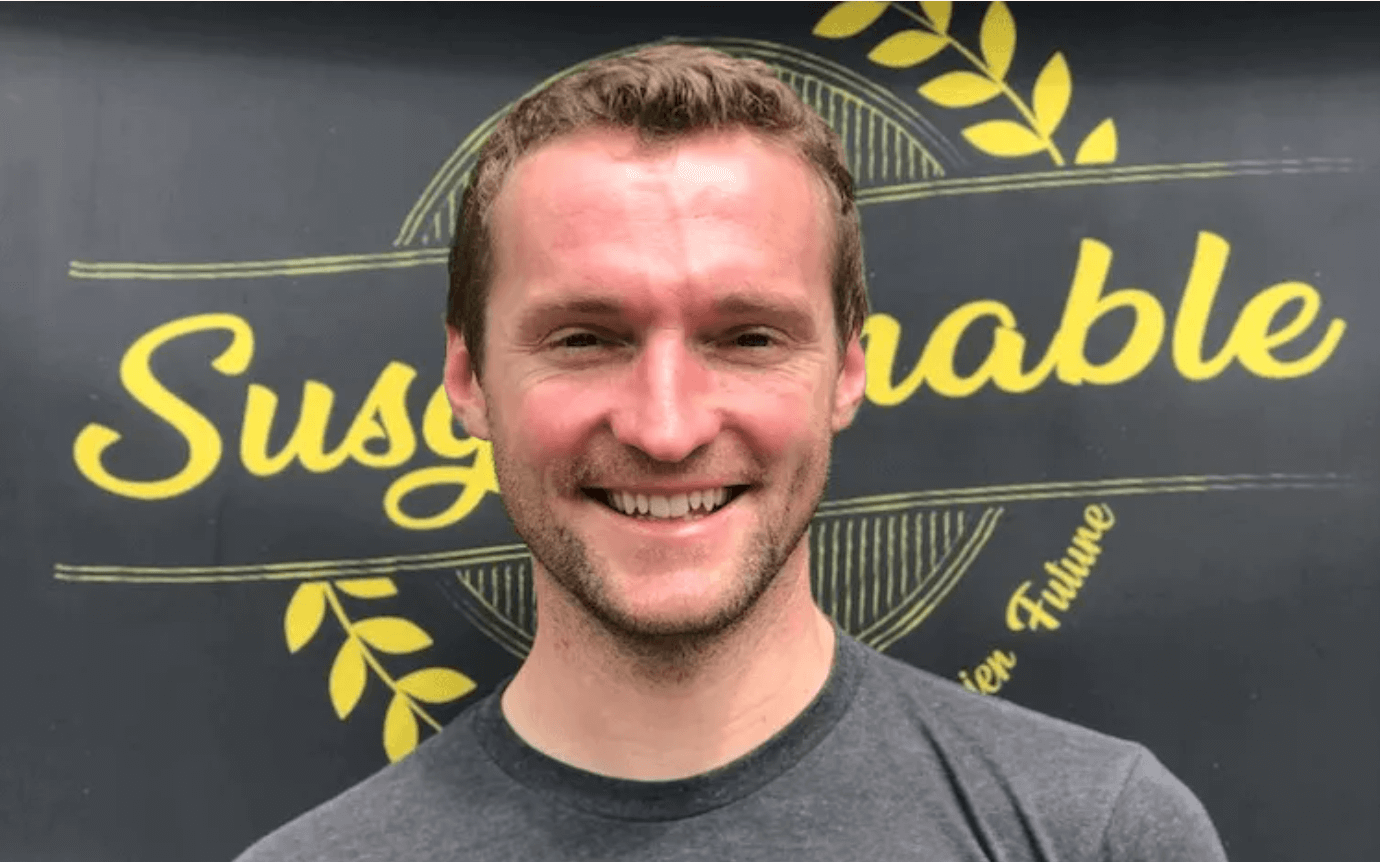