There are limits to how much progress can be made with a self-selecting sample of ‘woke’ business school students, writes Amy Hughes

Are business school diversity initiatives preaching to the converted?

In October 2017, the #MeToo movement hit the mainstream like a thunderbolt. Starting in Hollywood and rippling outwards into everything from the hotel industry to the United States Supreme Court, women were speaking out about sexual harassment, and it seemed as though they were finally being heard.

It was called a ‘watershed moment’—but now, almost two years on, many women in business are still awaiting the positive effects they were promised. Some reports even suggest that things have gotten worse.

As the training ground for the managers of the future, business schools have recognized their role in bringing an equitable future forward, and many play host to male allyship initiatives like the Forté Foundation’s ‘Men as Allies’ program and Harvard’s ‘Manbassador’ scheme.

But like any form of what is, essentially, activism, these initiatives have their limitations.

Preaching to the choir

Male allyship programs like the Manbassadors work by disrupting social norms around gender bias. They encourage their members to break the silence around the issue by openly identifying themselves as allies, and offer a space for men to support each other as they self-reflect on their own actions and call out others when they see them acting with prejudice.

They are effective campaigns for the socialization of gender equity, and within this social realm, they probably work very, very well.

However, any construction of an in-group creates an out-group, and I would be surprised if Manbassador groups don’t alienate MBAs who are unconvinced by the MeToo rhetoric—arguably, the people who would benefit the most from being involved in these conversations.

The people most likely to volunteer their time and effort towards gender-related events and diversity initiatives are already convinced of their importance. As such, many initiatives can end up preaching to the choir.

Gender bias is a leadership issue

Saying that male allyship schemes are limited in scope is not meant to dismiss them or discount their worth in the struggle for gender equity; far from it. They are an essential part of how business schools can tackle ingrained biases.

But, if business schools really want to change the future of business—and get men on board into the bargain—they have to wake up to the fact that gender bias is not just a social issue.

Authors David Smith and W. Brad Johnson have conducted extensive research on gender dynamics in the workplace, and earlier this year took the learnings from their book, Athena Rising: How and Why Men Should Mentor Women to students at Tuck School of Business. 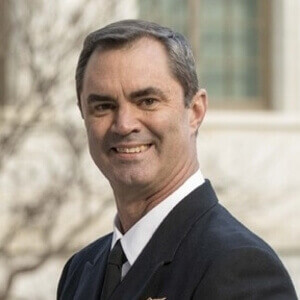 “One thing we noticed [during our research] was that men weren’t being engaged in conversations [around women’s leadership], and for a lot of reasons didn’t see it as something that they needed to be engaged in—it was labeled as a ‘women’s issue’, not a ‘leadership issue’,” says David (pictured right).

David and Brad have a point: equitable leaders are successful leaders, and not just morally—there’s a strong business case for it too. Companies with balanced boardrooms regularly outperform their competitors, and gender-balanced teams enjoy higher sales and higher profits than their male-dominated counterparts.

And yet, it seems that the number of men in leadership who practice gender equity in their work is declining. LeanIn.org reported this year that 60% of male managers say they are uncomfortable doing common workplace activities with women, for instance mentoring, socializing, and having one-on-one meetings—up from 46% pre-MeToo.

This is not just a social problem, but a leadership one, and it makes sense that business schools should make it a priority to prepare their students to weather it through their curricula as well as their clubs.

“It has to be intentional”

This doesn’t necessarily mean Feminism 101 classes for all incoming MBAs; it just means a more intentional approach to teaching students about the gender politics of business.

Let’s take it from the top: Brad suggests that business schools should act as role models for their students when it comes to equitable business.

From promoting women professors, to encouraging discussions around pay parity, business schools have an opportunity to lead by example—and given that the average proportion of female faculty on the top 20 MBA programs is only 23%, this could be a good place to start.

Bias workshops have also been proven to be effective, or alternatively Brad suggests that schools simply ensure that men and women work in mixed groups whenever they collaborate on projects. 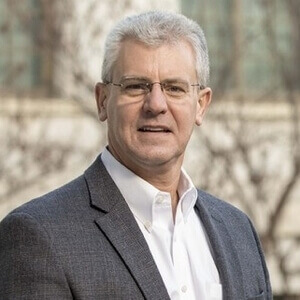 “If in my business school experience, I have lots of collaborations as a male with women, it just becomes so much more natural and comfortable when I enter the corporate world for me to continue that,” reasons Brad (pictured right). “I think you have to be intentional.”

Intentionally creating leaders who can build meaningful mixed-gender teams and relationships is good for individual careers and it’s good for business.

The problem with business school equality initiatives isn’t that they don’t do this; it’s that only by incorporating gender bias awareness on an institutional level can everybody be brought into the conversation.

What do you think? Should MBAs make gender bias teaching part of the curriculum?