5 Top Cities For Your Master’s Degree

Applying for a master’s degree, but not sure where to study? Here are five top cities to study a business master’s

Before you jet off for your master's degree, take time considering your destination options ©chalabala

Deciding where to study your master’s degree shouldn’t be a quick decision. Your choice of location will be your home for at least one year and, should you decide to base your career there, maybe even longer.

Your decision should take into account a number of factors, including reputation of master's programs on offer, quality and cost of living, career opportunities, and ease of entry.

Here are five cities, home to some of the world's leading business schools, which offer a dream setting for your master’s degree. 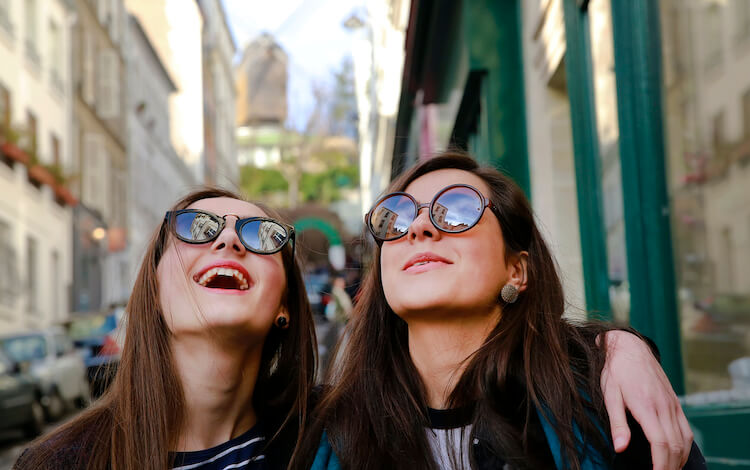 The city of love, a global center for arts, fashion, and business, and one of the best cities in the world to study a master’s.

The quality of the programs on offer in Paris speak for themselves. HEC Paris, nestled in a south-western suburb of the city, hosts the world’s best Master in Finance program and the second best Master’s in Management, according to the Financial Times (FT). ESSEC Business School and ESCP Business School, both with main campuses in Paris, regularly rank highly for their master’s offerings.

Paris’ situation at the physical, cultural, and economic heart of Europe undoubtedly situates it well for master’s candidates with high ambitions during and after their studies. During your master’s, you can take advantage of the rich cultural history and diversity which Paris boasts, from world famous art galleries to bustling street markets to centuries-old churches.

Career opportunities are abundant, too. Paris is a European center of finance, home to companies like BNP Paribas and Societe Generale. But with huge development in manufacturing, energy, IT, and luxury retail, there really is something for everyone in Paris.

Living in Paris doesn’t come cheap, but salaries are rewarding. Graduates from HEC Paris can expect to earn on average $107k after their MiM, and $149k after a MiF within three years of graduating, so you’ll be well-positioned to live comfortably. 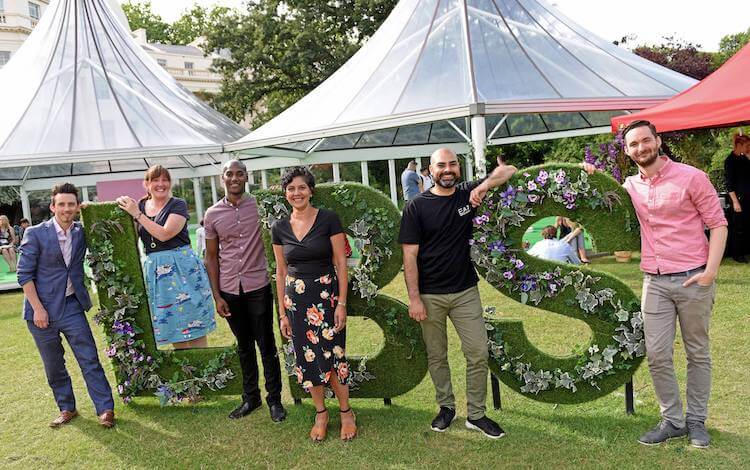 When you tire of London, you tire of life, the old saying goes. London deserves its reputation for business, culture, and quality of life, making it a perfect destination for a master’s.

Thousands of graduates are drawn to London for their post-graduate degrees for several reasons. Primarily, London is one of the most dynamic cities in the world, with theaters, galleries, green space, and nightlife in all four corners of the city. Cost of living may be high, but healthcare is free, while travel and amenities are often cheaper than many other cities.

If you choose London, you can take your pick of a number of top business schools. London Business School, one of the world’s best b-schools, offers masters in management, finance, analytics, and financial analysis. Imperial College and City University Business School both have renowned MiM programs, while Warwick Business School has recently opened a campus in the Shard.

With companies across a number of industries—from finance to technology to a thriving startup ecosystem—candidates are likely to want to stay on in London to work.

The UK tightened its visa requirements in 2020, introducing a points-based system. But master’s graduates need not worry: they can stay on to work for up to two years after they graduate, while their degree will contribute greatly towards their qualification for longer term residence. 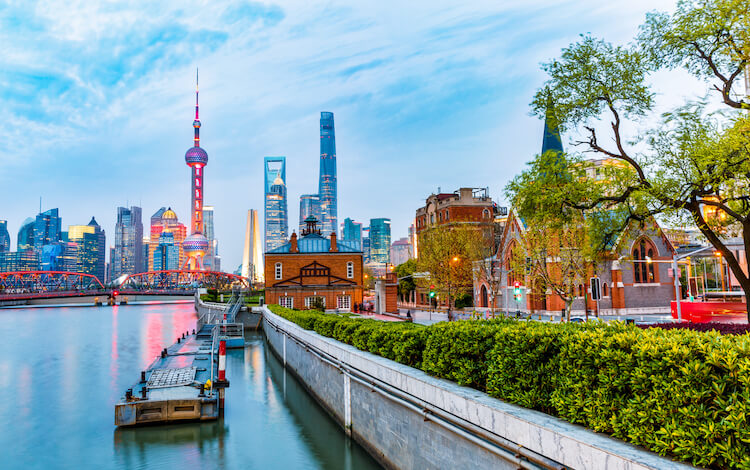 While top master’s programs have tended to be concentrated in European cities, Asian schools are earning more of a reputation now for their post-graduate degrees. Chief among these destinations is Shanghai.

While it’s not the Chinese capital, Shanghai is China’s biggest city, and the second largest metropolitan area in the world. This is fed by the city’s powerful economy, dubbed the ‘showpiece’ of Chinese recent economic boom.

The city’s strong financial connection, as the home of China’s largest stock exchange, has made it a popular location for master in finance degrees. Shanghai Jiao Tong University (SJTU) hosts the highest ranked Asian MiF, as well as a popular MiM program. Tongji University School of Economics and Management also offers a high-ranking MiM program.

Salaries in China are often the big draw. MiF graduates from SJTU can expect to earn around $139k within three years of graduating, making them some of the best compensated master’s students out there. This, combined with Shanghai’s much lower cost of living compared to European cities, means that you’ll get far more bang for your buck. 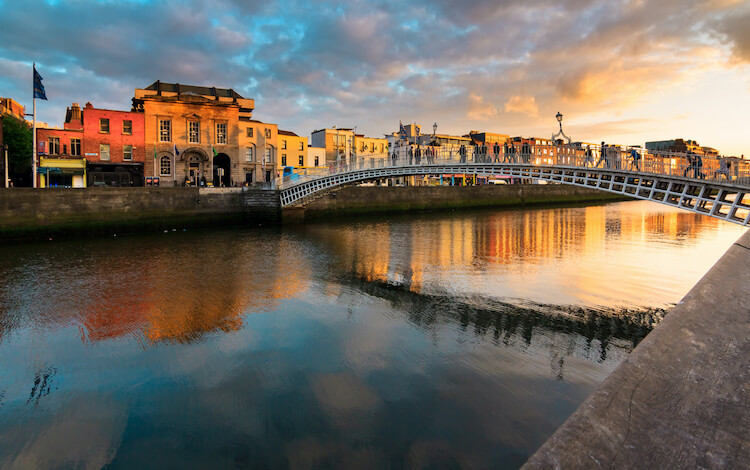 As the UK finalized its departure from the European Union in January 2020, Dublin suddenly became the largest English-speaking city in the EU, making it quite the proposition for international students looking to resettle in Europe.

Master’s graduates would be wise to consider Dublin, which has a great deal to offer by way of business, quality of life, and educational institutions.

In recent years, Dublin’s tech ecosystem has grown significantly, drawing in companies like Amazon, Google, Microsoft, and Twitter, now dubbed ‘Silicon Docks’ by many. There are estimated to be 7000 tech professionals working in the city. 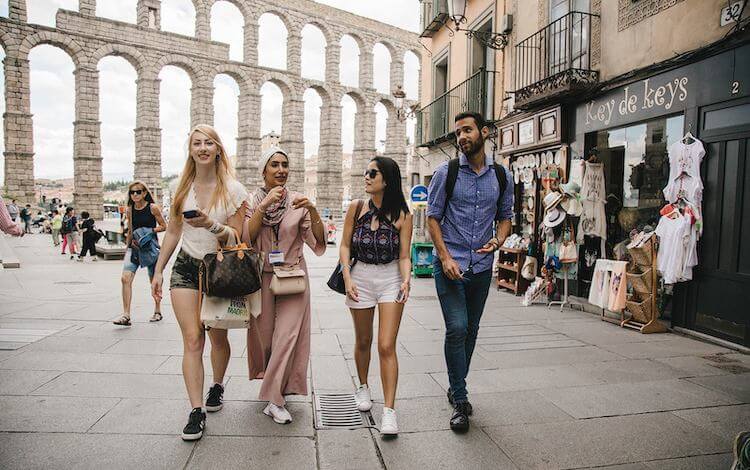 “Hala Madrid” [“Come on Madrid”] are the words chanted by thousands of Real Madrid soccer fans every week. And given the popularity of the Spanish capital among business school students, it’s a fitting motif.

While it may not have the beaches of Barcelona, Madrid has an established business infrastructure that makes it an exciting choice for students looking to deepen their business understanding with a master’s.

In IE Business School, Madrid houses Spain’s highest ranking master in finance program, and a top ranked master’s in management, according to the FT. You’ll also find Universidad Carlos III, as well as one of ESCP Business School’s campuses.

MiF graduates from IE can earn on average $93k within three years of graduating. Cost of living in Madrid is notably lower than many other Spanish and European cities. That’s not a reflection on what the city has to offer, however. With some of the world’s most celebrated art galleries and Spain’s royal palaces, Madrid is truly fit for a king.