A Master in Finance (MiF) remains the most popular specialized master’s program at business schools. Given that it’s a pathway for some of the most coveted jobs in finance, and yields some of the highest postgraduate salaries, it’s not surprising that MiFs are so popular.

So where can you find the best masters in finance programs?

HEC Paris is home to the best MiF program, according to the 2020 Masters in Finance Rankings by the Financial Times (FT). The rankings return after a one year hiatus in 2019.

The French school stands out for its impressive graduate salaries—a whopping average of $149,750 within three years of graduation—as well as a 94% salary increase.

HEC Paris has long dominated the MiF rankings since they started in 2011, topping the list every year except for 2017. It also continues an impressive run of form for the school, which topped the FT's European Business School and Executive MBA rankings in 2019, as well as coming second in the Master in Management rankings.

Overall, the 2020 rankings are a resounding success for French schools, who occupy all of the top five places. ESCP Business School, whose main campus is in Paris (with campuses in London, Turin, Madrid, Warsaw, and Berlin), comes in second place. Achievements for ESCP include topping the careers service ranking criteria.

France’s dominance—with seven schools in the top 25—can be explained by the connection between business schools and local chambers of commerce, which set up schools like ESCP and HEC to hone local talent. This has created a close link between schools and the finance industry. Fees also tend to be subsidised, with schools offering MiF programs at a lower cost.

It’s not just France who can celebrate 2020’s MiF rankings. Overall, European schools continue to offer the best MiF programs, filling all but four positions in the top 25.

The UK trails France with four schools in the top 25, including two in the top 10—Imperial College Business School and Oxford Said—while Spain has three in the top 25.

Looking outside of Europe, China contributes three schools to the top 25, with Shanghai Advanced Institute of Finance at 13th, Tsinghua University SEM at 15th, and Guanghua School of Management at Peking University at 17th.

MIT Sloan School of Management is the only US school to appear in the top 25. You have to look down as far as number 42 to find the next placed US school, Bentley University.

The FT surveyed 80 schools offering pre-experience MiF programs—programs aimed at students with little or no professional experience—for its 2020 ranking.

To be considered for the ranking, programs had to be full-time, cohort-based programs, with a minimum of 30 graduates each year, and AACSB or Equis-accredited.

There are 17 criteria considered overall. Seven are informed by an alumni survey, while the other 10 are from school data. The FT surveyed close to 6,000 alumni.

Jobs criteria remain the most important. Salary and salary percentage increase account for 20% and 10% in weighting, while other criteria like careers service, career progress, aims achieved, and employment after three months all account for 5%.

Read More: MBA vs Master In Finance | How To Choose 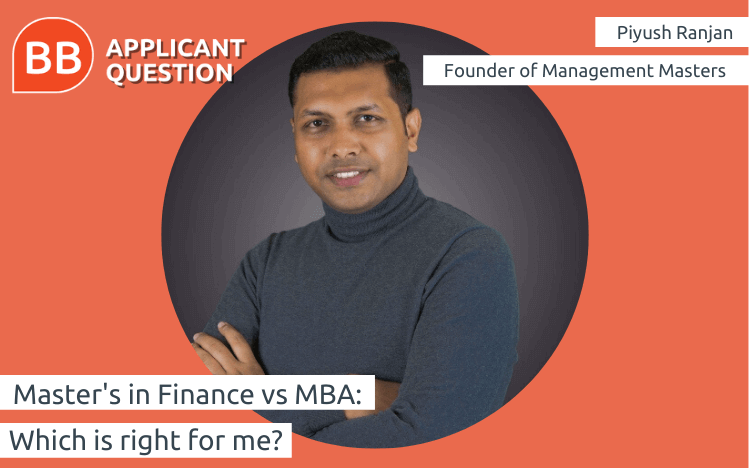