You Can Now Retake The GMAT Online Exam

You can now retake the GMAT Online Exam—the at-home version of the GMAT launched after the coronavirus outbreak—and improve your score.

While you can retake the test center GMAT up to five times in any 12-month period, until now you could only take the online version of the test once.

The Graduate Management Admission Council (GMAC), owner and administrator of the GMAT, has decided to expand GMAT Online exam attempts from one to two to add more flexibility for test-takers.

In a statement, GMAC said:  “We want candidates to be at their best on exam day, whether in a test center or at home. These changes, made with test takers in mind, are consistent with that goal.

“Since our introduction of the GMAT Online exam, our ongoing enhancements have helped transition the exam from meeting an immediate application cycle need to providing flexibility and supporting the needs of schools and candidates throughout the full application cycle.” 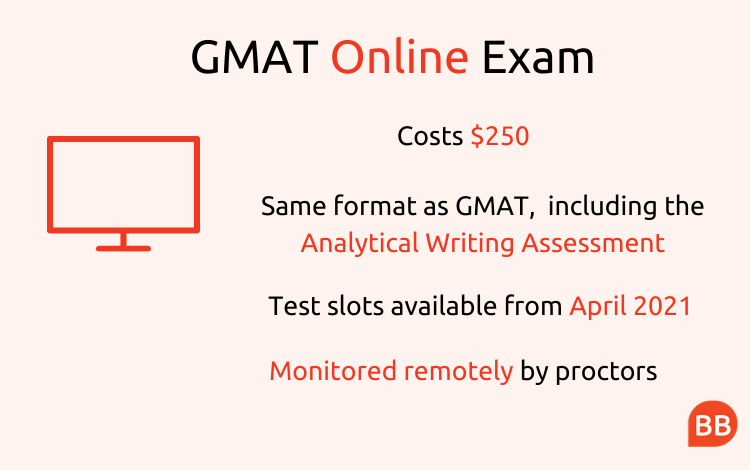 When should you retake the GMAT?

If you’re unhappy with your GMAT score, retaking the GMAT is a way to improve it. To understand what score to aim for, look at the class average GMAT scores and GMAT score ranges for your target schools.

This will give you an understanding of the GMAT scores accepted students at your target schools submitted.

Harvard Business School, for example, reports its class median GMAT score rather than the class average. Harvard’s median GMAT is 730, yet Harvard’s MBA class recorded a broad range of scores from 590 to 800.

To gauge what GMAT score will get you into Harvard, know that while it’s good to aim for a score above 700, it’s not a deal breaker for Harvard, provided the rest of your application is exceptional.

However, a GMAT score below 730 is not a deal breaker for Harvard, provided the rest of your application is exceptional. Harvard’s GMAT score range shows HBS accepted at least one student with a 590 GMAT test score (considered low) all the way up to 800 (the highest score on the GMAT).