Stuck on GMAT sentence correction questions? We bring you our five top tips in this BusinessBecause video guide in collaboration with the Official GMAT

Reading a sentence over and over again, trying to figure out what is wrong with it. This will be familiar  to anyone stuck on GMAT sentence correction questions, which form part of the verbal reasoning section of the GMAT exam.

Check out our BusinessBecause video guide below, made with help from the Official GMAT.

Check out our GMAT question guides:

1. Read and underline the errors

Start by reading the questions and underlining any obvious errors.

The GMAT uses several different types of sentence correction. Learn how to spot these and it'll speed up the process.

3. Read through each option

If the error isn't clear, read through each option and see which makes most sense as you read it.

Make a note of idioms and phrases that pop up as you're doing your prep.

5. See if you can simplify the phrase

The GMAT will use deliberately confusing phrases. Try and take these out to simplify.

Sentence correction is part of the verbal reasoning aspect of the GMAT.

Questions present a statement in which there are words underlined. You are then offered five choices of how to correct the sentence, including one option to keep it the same.

In this BusinessBecause Guide, and with the help of the Official GMAT, we highlight some important things to look out for when preparing for and approaching sentence correction.

1. Read and underline the errors

First and foremost, you should take time to read the passage, focusing on the underlined element.

If you spot any obvious grammatical errors, circle them. This will then help with narrowing down what to look for in the right correction.

If the error isn’t obvious, don’t worry - it may become clearer once you go through the options.

The GMAT uses several different types of sentence errors. Knowing and practicing solutions to these errors will allow you to work much more efficiently.

These include ‘parallelism’ - making sure that all the different parts of a sentence are matching - as well as ‘modifiers’ - phrases that modify, alter, or specify a different part of the sentence.

The following sentence demonstrates both.

[come up on screen]

Despite covering the entire planet, Earth has a crust that is neither seamless nor is it stationary, rather it is fragmented into mobile semi-rigid plates.

The first section, ‘despite its covering tHe entire planet’, is called a dangling modifier, in that it sits too far away from its subject, the ‘crust’, and misleadingly applies to ‘Earth’ - implying that the Earth is covering itself.

It should read ‘the Earth’s crust’ to make the modifier clearer.

The next section, ‘neither seamless nor is it stationary’, has a parallelism problem. The idiom is ‘neither X nor Y’, and thus the words ‘is it’ are unnecessary.

3. Read through each option

It’s simple, but sometimes just reading through each option in the context of the sentence can highlight what the obvious thing to do is.

Go through each option one at a time. But remember, the sentence might need no correction. In this case, choose the first option.

Especially if you aren’t a native English speaker, it’s a good idea to make a list of the idioms that come up again and again as you’re preparing.

You won’t be able to revise every single one, but certainly note down the ones that aren’t familiar to you. You’ll be pleased when they pop up on the test.

5. See if you can simplify the phrase

The passages will use deliberately unnecessary words as a way of confusing you.

Try and see if you can simplify the language in the phrase, as a way of highlighting the key subjects and verbs that you need to solve the problem. This can help you eliminate incorrect answer choices more quickly. 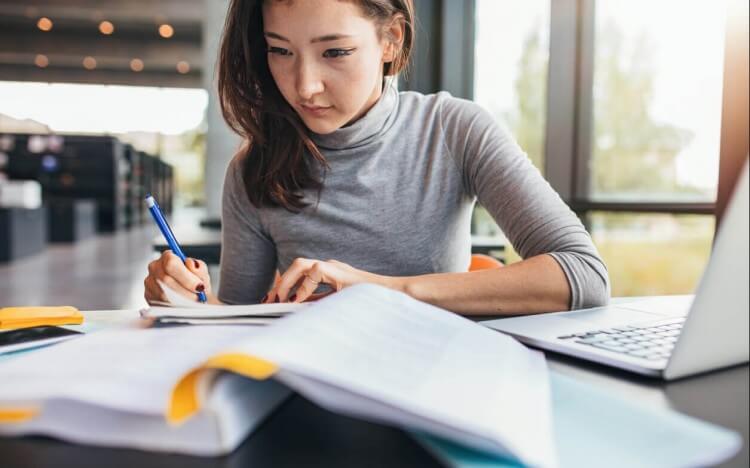