Seoul Min already had his own consulting business when he started the Global Executive MBA at CEIBS. He used the degree to accelerate his business’s growth

Seoul Min is an award-winning consultant with his own business

Seoul Min is an award-winning consultant with his own consulting business and a Global Executive MBA (GEMBA) from the China Europe International Business School (CEIBS). Born in Germany to South Korean parents, he’s been immersed in the world of consulting since 2001, after graduating from a business administration degree at the University of Cologne.

He started his career as the head of global sourcing for Kerkhoff Consulting GmbH and was immediately exposed to the world of international business—he moved permanently to Shanghai in 2004 and regularly travelled between Shanghai, Shenzhen, and Kuala Lumpur, where the firm had additional offices.

In 2007 he joined Andlinger & Company, an investment company, as Managing Director. This was when Seoul also set up a consulting arm of the business, called NxtAsia Consulting, which focused primarily on procurement for manufacturing firms in China. In 2010, Seoul took NxtAsia under his own wing, buying out all the company’s shares, and since then has led the company as his own.

In 2010 he left Andlinger & Company to pursue the Global EMBA program at CEIBS but continued to run NxtAsia Consulting. After completing his Capstone project on his own company, Seoul adapted the business model and the company became a boutique consultancy focusing on an array of areas—like marketing and sales, operations, audit and compliance, and big data analytics.

Why the Global Executive MBA?

Seoul says that he was after the continuous learning an executive MBA offers. He adds that as a foreigner in China mingling with the local Chinese can be challenging.

His clients for NxtAsia Consulting at the time were primarily western, from Europe, with little client contact on the Chinese side. He wanted to understand what was going on in the minds of Chinese businesspeople.

The 20-month program’s current class profile is 45% international, meaning participants are actively mixing with and learning from a strong proportion of domestic Chinese executives. There are currently 107 students, with an average age of 40 with 15 years’ work experience.

It chimes with CEIBS’ mantra of China Depth, Global Breadth, and Seoul admits he was given a full global immersion alongside his deep dive into China.

“For me it was clear, if you want to do any business related to China, you better focus on CEIBS,” he says.

Many of his classmates came from different functional roles as well. He was sharing a classroom with finance executives, supply chain, HR, and engineering.

“You get the inside view and perspective from different departments because your teammates aren’t homogenous. When it comes to China, I knew nobody could beat CEIBS.” 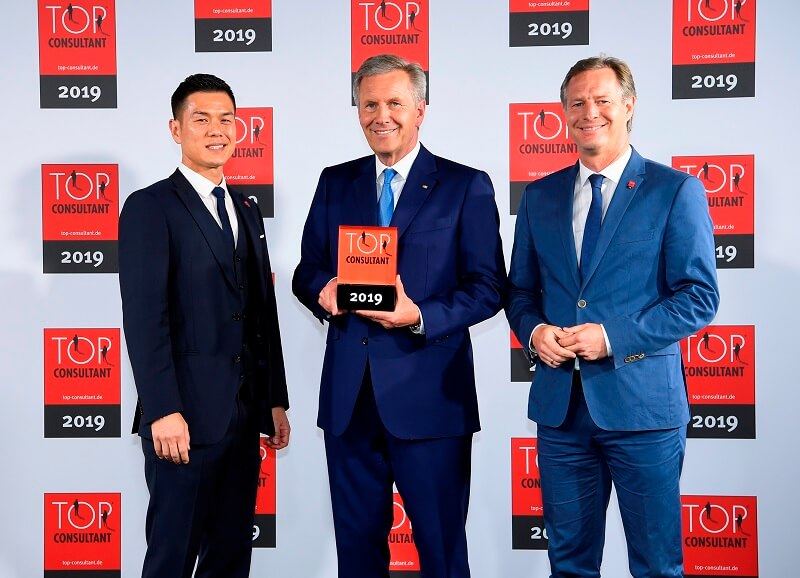 At the end of the Global EMBA, Seoul opted to focus on his own company for the year-long Capstone project. Seoul and his team excavated NxtAsia Consulting’s business model to look for improvements and how to accelerate the company’s growth.

It resulted in Seoul switching out his business model to focus on a much wider and larger product portfolio.

“We’re now more of a boutique consultancy, also helping Chinese clients enter the European market. That was an additional aspect of the course which had an impact on my business,” he explains.

All of this has culminated in Seoul being recognized for his consulting work. NxtAsia Consulting was awarded the Top Consultant award in 2019 by the Scientific Association for Management and Consulting (SAMC), and they received the award from former German federal president, Christian Wulff, at the sixth German SME Summit.

The award focuses strong on professionalism, expertise, and customer satisfaction rates, and Seoul’s company was the only participant not based in Germany.

Alongside that award, Seoul was also named as one of the top-10 business coaches in Germany, Switzerland, and Austria, by Management Magazine—the top business magazine for Germans. 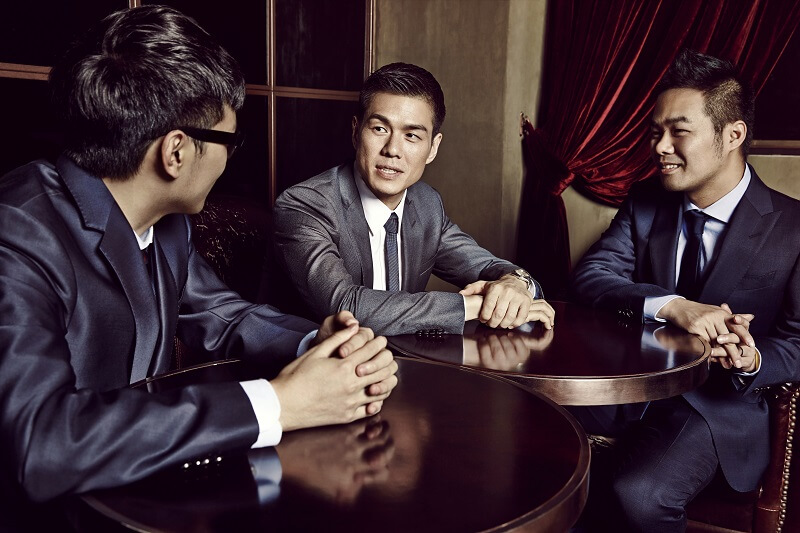 The impact of the Executive MBA

The majority of Seoul’s staff are Chinese. Though they are fluent in English, Seoul explains that there are differences to the ways they expect you to lead and build relationships.

“It can be misleading because they speak English well, maybe they studied abroad, and act European, but deep in their hearts they’re still Chinese with their culture and way of thinking.

“CEIBS helps you understand better the core values of the Chinese, how they do business, what’s in their minds, and you can adjust your principles of leadership—I still remember when I first came to China, I was quite German.”

Seoul says that he’s well settled in China, and now has a sophisticated network of executives he can call upon should he encounter business problems he’s unfamiliar with. The program also gives you a strong network of lifelong friends.

“The CEIBS investment was the best decision I ever made,” he says. “It’s the first time you feel at home in China, and it’s difficult for foreigners in China to have Chinese friends.

“I’m still involved in so many activities and I entered the school in 2010, it’s now 2020. Many of my friends will say it’s like a religion, how come you are so often with the school, but we really enjoy it, it’s like a family.”