9 Of The Best Business Schools For Careers In China

Whether in China or elsewhere, business school can be the launch-pad for a successful career working with the world’s leading emerging economy

A career in China offers unprecedented velocity and the excitement of disruptive innovation.

After a career in China? Here’s nine business schools in both Asia and North America that have built substantial networks within the Chinese business sector:

HKUST is one of 11 schools participating in the Graduate Management Admission Council's 'Study in China' initiative, a plan to open China's business schools to international interest.

The school's dean says students at HKUST "not only receive the best international business education to develop a global perspective, but also look for opportunities to experience the vitality of China."

Nicole Tee, director of graduate studies at Nanyang Business School, says: “NTU Nanyang MBA is widely recognized as offering one of the top MBAs in the world, providing a transformational impact on executives early in their careers." She adds, "Leveraging Nanyang Technological University’s strength and reputation in Asia and technology, graduates are well-equipped with the success factors needed for the 4th industrial revolution – Global Skills, Agile Thinking, and Digital Capabilities.”

Hong Kong is often called the Gateway to China and CUHK is recognized as offering the first MBA program in the region, ranked number two in Asia according to the Financial Times Top MBAs for Finance 2017.

CUHK Business School is one of the first two business schools in Asia accredited by the Association to Advance Collegiate Schools of Business (AACSB). CUHK boasts over 500 inbound exchange students each academic year and that number is expected to grow.

The Financial Times reports that based on self-reported salary information in Chinese RMB in 2016 (one-year post-MBA) and converted using PPP to USD$ figures, CKGSB MBA graduates made an annual median salary of $132,196, among the best paid graduates in the region.

CEIBS boasts a rapidly growing American presence in its student body. Only 7% of CEIBS students in 2005 were from the United States. In 2013, however, approximately 20% of the students enrolled in the CEIBS MBA program were from the US.

According to Dingkun Ge, a former associate professor of strategy and entrepreneurship, “People think all the action is in China and young professionals want to go where the action is." Other major advantages of CEIBS include its substantial alumni network, which Dingkun describes as a “powerful resource.” 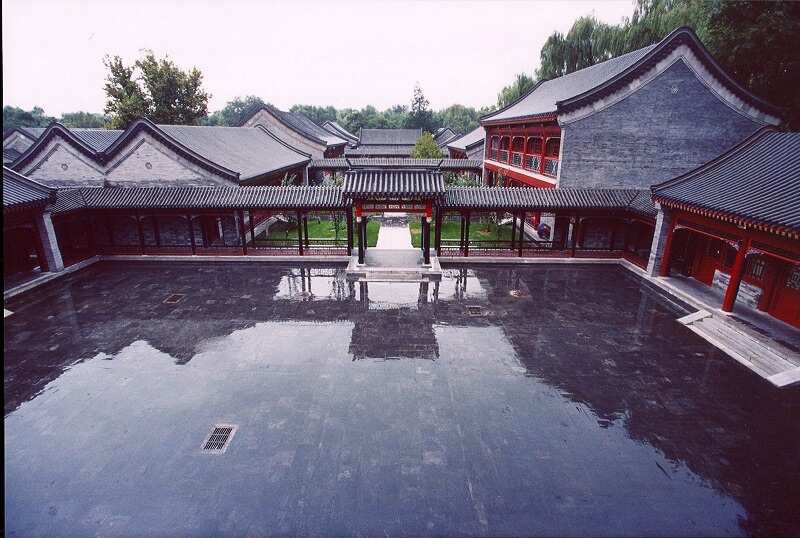 Situated in the heart of China's capital, the Beijing International MBA gives students direct access to the global force that is the Chinese economy. The program is hosted by the National School of Development (NSD) at PKU, the leading university think tank in China. Students are exposed to China's most recent policy developments, and understanding national policy is key to making a success of your career in business in China.

Students also have two joint degrees to choose from. A part-time MBA between PKU and Vlerick Business School, in Belgium, or an MBA between PKU and University College London (UCL), giving them the exposure to East and West that they need to bridge relations between the two.

Rutgers' strong internship placement, which has hovered "at or near 100% since 2007,” can launch graduates eastward. Lei Lei, dean of Rutgers Business School, says: "[Rutgers] students gain valuable US corporate working experience that companies in China respect.

"Our effort to instill our unique brand—Resilient, Resourceful, and Responsible—has given our students a strong work ethic and professionalism.”

Kirsten Moss, assistant dean and director of MBA admissions and financial aid at Stanford Graduate School of Business, says the Stanford MBA Program "prepares you for meaningful and principled leadership in all parts of the world, including China."

UCLA Anderson boasts an alumni network in Greater China that include graduates at tech and retail giants like Google. The school offers unfettered access to the tech industry via its Technology Specialization, the Easton Technology Management Center, Anderson Tech-Business Association, and its proximity to Silicon Beach.

On-campus connections with China are available at the Wilbur K. Woo Greater China Business Conference, which brings together thought-leaders from the US and China to discuss the future of US-Sino relations and its development across different industries.